This is how Moscow hijacked the history of Kyїvan Rus

youtube, Zelensky's address to the joint meeting of Congress.

Russia wages war to solve problem of its shrinking population

since Feb 24, ten Russian generals have been killed and six have been fired

list of Russian generals killed during the 2022 war in Ukraine

http://en.wikipedia.org/wiki/Opposition to Vladimir Putin in Russia

http://wikipedia.org/wiki/Protests against the 2022 Russian invasion of Ukraine 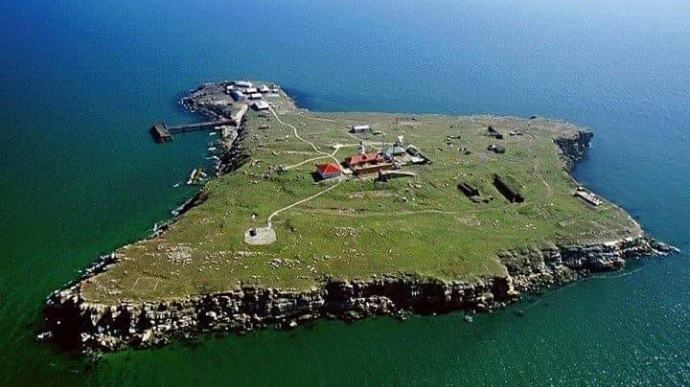 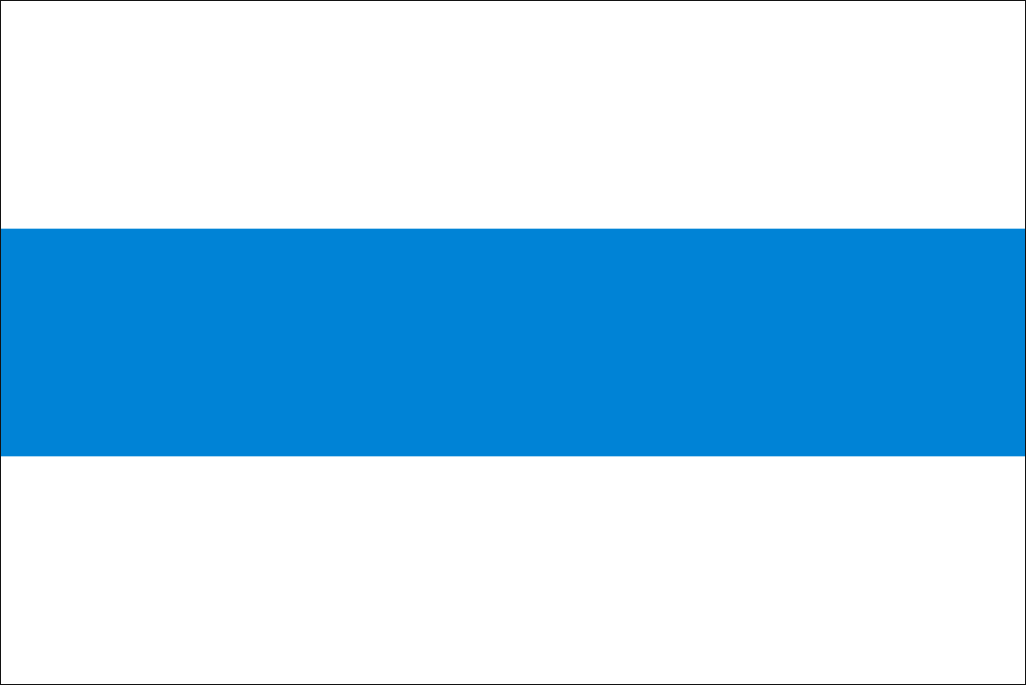 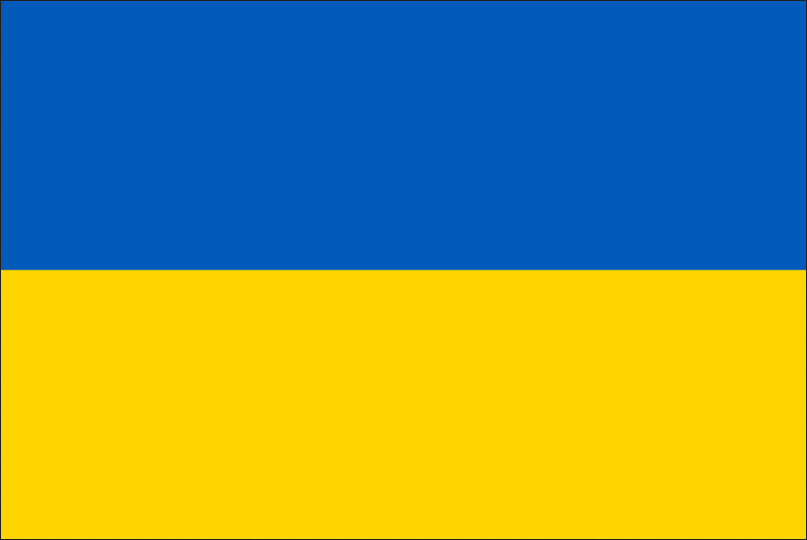 How Moscow hijacked the history of Kyivan Rus

Turning wheat fields and blue skies into badlands and smoke. 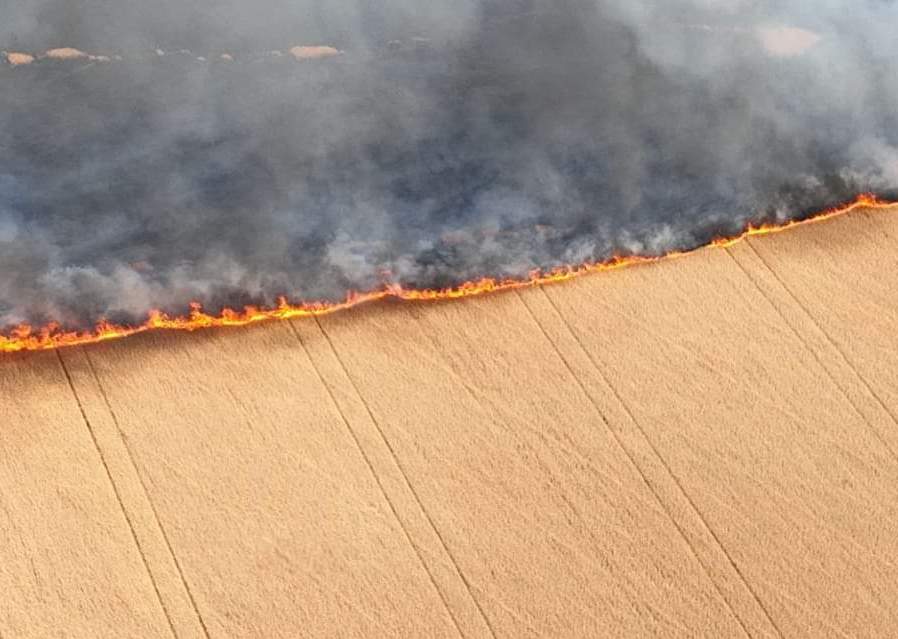 The Russians are burning Ukraine's wheat crop on purpose. 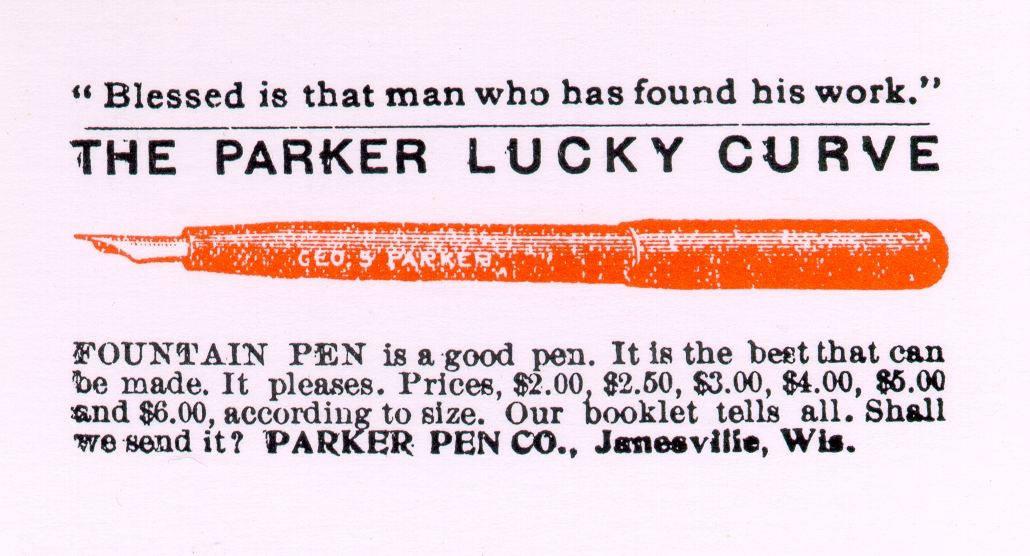 Restore the hijacked pictures for your favorite browser, either Firefox or Chrome.  Then start by going to March 2014 in the Redboard to find the first posts in this blog, now actually at the end.

After disabling all the photos in my account, Photobucket seems to have come back to their senses and restored my pics.  If it happens again, remember that you can still see all of them in this link in the Wayback Machine, and also in any of the links on this page, and all the links on the pages for the other years.  There are also a few more here in .com, as opposed to .ca.

This blog has been hijacked with ransomware ads.

My image hosting website has unilaterally changed the terms of the hosting agreement, and has hijacked my photos. They have temporarily disabled 3rd party hosting of some images in a crude attempt to extract more money from their users.  It’s corporate vandalism and ransomware.  But  you can still see all the images in my blog in the capture of the site in the Wayback Machine on June 14th.  In the future, I am going to switch over to a different image hosting website, Imgur.

Another warning.  Photobucket is plagued with pop-up ads, and even if you could open any of my images, you’d have to wade through a slew of corporate ads to get to the image.  It’s a bucket load of photo-crap!  You can, however, remove those ransomware ads through a workaround found by Fred Mason.  It’s a fix that helps to restore the hijacked pictures.  It’s not ideal, since every user has to install the add-on, or extension to his or her browser, and there are fixes for only two of the most popular browsers, for Firefox and Chrome.  Apparently, the fix works only for the http and not the https version of an afflicted website.  And it looks like Safari has not been fixed, as of yet.  All of this helps to reduce the ransomware, and hopefully it will never be ransomware redux. 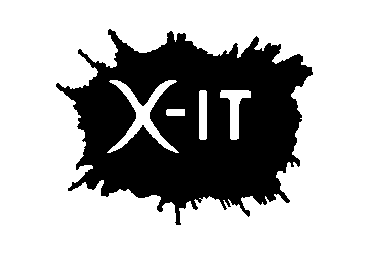 So what am I gunna do now?  What can I do now?  I can keep reading and writing.

P.S.
These last few posts have been about dingbats and colophons and explicits, and that’s what
the illustration in this post is, too.  It’s a finial dingbat to this series of posts, to come full circle. 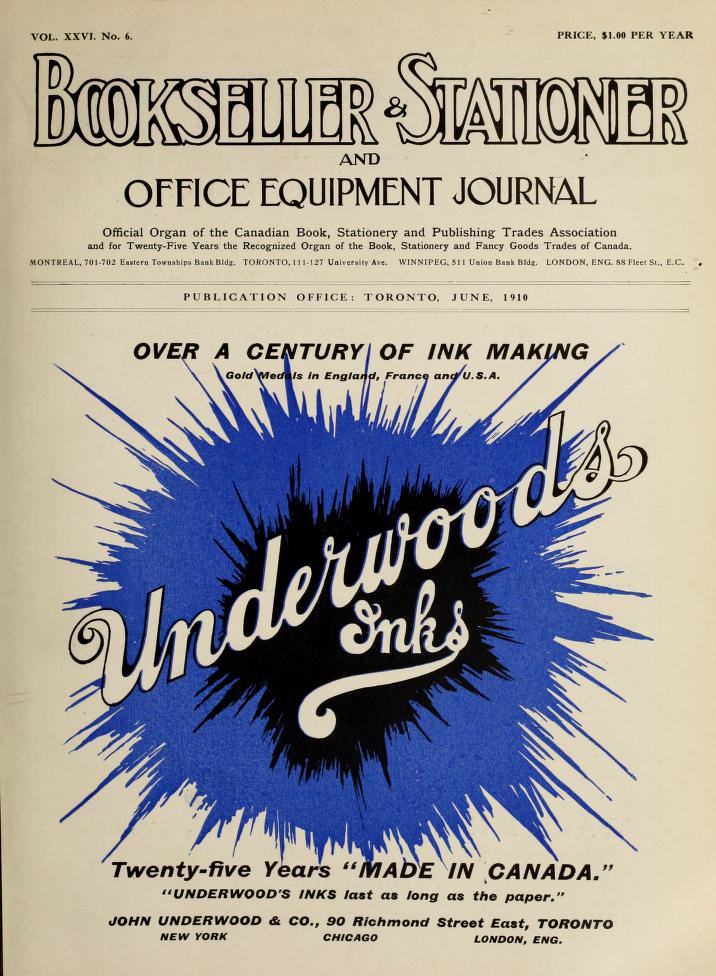 And here's an ad for Stephens Ink. 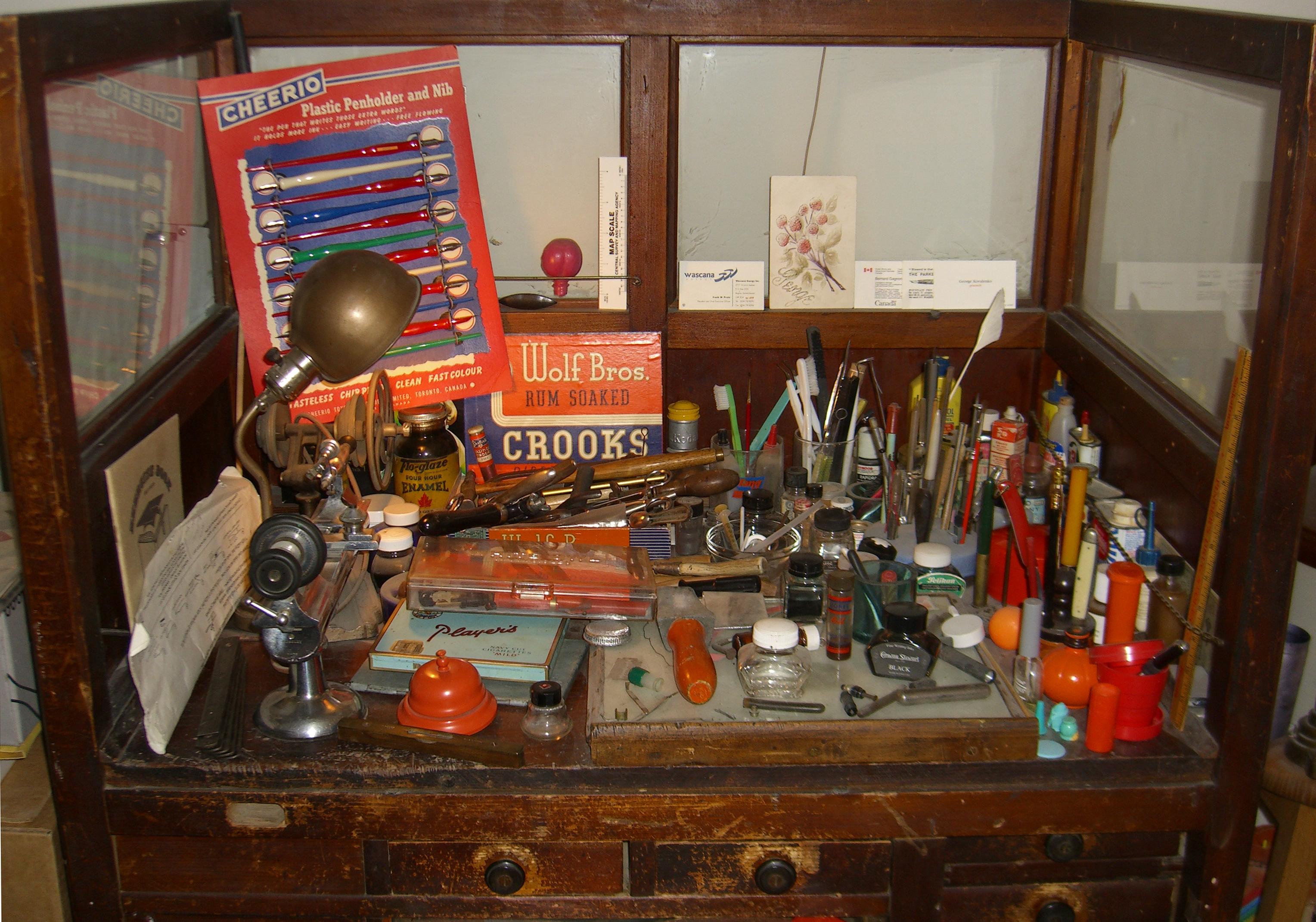 I am that marginal character–the chronicler, interrogator, and research bum.  I am a notesnatcher and a pensmith, and I have been using pens since the 1950s, collecting pens, in
a small way, since about 1963-64, visiting antique stores since about 1968-69–my first was the Indefinite Article when it was still on 20th St. East–and researching pens since the late 1970s, subscribing to pen magazines and building a large library of pen books since the early 1980s, attending antique shows since the mid-1980s, setting up and selling at antique shows since the early 1990s, attending fountain pen collector shows since 1992, and participating in online pen message boards since 1996.  I started researching fountain pen patents in 1993, but found a way to do the work online in 2000, and published a book on the subject in 2006.  I collect orange-red hard rubber fountain pens, penholders, nibs, mechanical pencils, pen company display cases and signs, Waterman’s globe-shaped and Underwood’s cobalt-blue-glass ink bottles, the burnt orange #37 and bright orange #41 Canadian 3¢ Small Queen stamp, but only with pen cancels, turquoise blue opaline pressed glass, some neon signs from Saskatoon stores, and I now own the Indefinite Article store sign.  But what this scrivener really collects is history.

P.S.
“I hold every man a debtor to his profession.  As men, of course, do seek to receive
countenance and profit [from a profession], so ought they, of duty, to endeavour [to give
back to the profession,] to be a help and ornament thereunto, and to visit and strengthen
the roots and foundations of the same, thereby not only gracing its reputation and dignity,
but also amplifying it in perfection and substance.”  –Francis Bacon [with apologies].

And here, finally, is my bibliography. There are other fountain pen bibliographies elsewhere, such as this one, but this is my bibliography. It wouldn’t fit here in this blog, so I placed it in my meta-blog instead. Here it is, for those of you who haven’t found it, yet, and also on wayback. It’s not the bibliography for the Pentexts 1-13. That one’s even longer, 63 pp., and more idiosyncratic. 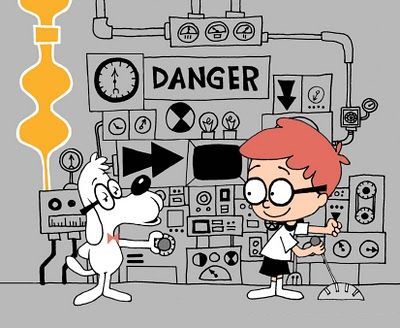 Mr. Peabody and his human being Sherman.

I am paranoid about losing data.  If I am going to spend all that time and effort researching and writing about something on a pen message board, then it had better have an archive.  It’s why I don’t participate much on Pentrace and Zoss.  In any case, I save everything I write on multiple hard drives and other storage media.  The rule is 3, 2, 1.  Save everything in at least three copies, on at least two different storage media, and in at least one off-site location.  And always update from old, out-dated storage media to new media, but never throw out the old media.  And keep at least one old dinosaur machine on which the old media can be played and retrieved.
I passively waited for Wayback to archive my blog, until I figured out that I could actively do it myself. Now, I treat it like a social media website. You can see the evolution of all the mastheads and the frontispiece pictures there, going back in time.  This is the link for all five years together, and these are the direct links for the 5 years separately, 2014, 2015, 2016, 2017, 2018.  It’s actually only two years long, but spread out over three years.  The only downside is that some of the early posts, which have been revised and expanded since they were originally placed online, are now fossilized in their earlier versions only because everything beyond the first page, or homepage of a website defaults to the earlier captures of the website on Wayback.  The only upside of this downside is that the earlier versions of the masthead and background colors are also archived.
So, I have no intention of ever shutting down this blog, but if the blog were ever to die out, or disappear, you would always be able to find it archived there, in the Wayback Machine. 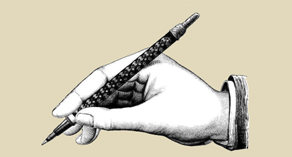 I was undertaking a bibliometric search, or a citation analysis, otherwise known as “Googling your own name”, and while searching for images of hand pen, and pen in hand, and hand & pen, and hand and pen, and hand and pen kovalenko, and hand pen stock photos, I stumbled upon a truism.  If you google any random set of words, eventually you find porn, “penis instead of a pen”.
When I show my books and blogs to anyone I call them my “babies”.  There’s a song by the Rankin Family called “Rise Again” that has the refrain, “We rise again in the faces of our children.  We rise again in the voices of our songs”.  And I add, “We rise again in our books and written words”.  It’s our modern version of reincarnation.  Life is short, but art is long.  Well, a few books and articles have been published that have made use of the information in the three volumes of my patents and penmakers books.  The books by David Moak, David Shepherd, Max Davis, and Gary Lehrer, and articles by Ron Dutcher, Rob Astyk, Sterling Picard, and Moak have all been generous with their citations and acknowledgements of both volumes of the patent book and my penmakers book, and it’s very gratifying to see this.  Well, these books and articles are the next generation, and I have taken to calling them my “grandchildren”.  Now, that’s bibliometrics, too.

And finally, there’s the fountain pen bibliography. There are others elsewhere, such as this
one, but my inclusive version is too long for this blog, so I’m saving it for a book. Let me know
when you, too, have read all of the books and articles. Then we’ll talk, boy, will we eeever talk!

[Posted on L&P on July 21, 2007.]
And last but not least, here’s one of the disappeared ones.  As you can see from the story told by John H. Lienhard in “The Lost Patents”, in his online column, The Engines Of Our Ingenuity, most of the x-patents did not survive, and the attempt to restore them has not been altogether successful.  Well, I am pleased to announce here that at least one more of those lost x-patents shall be restored, and a fountain pen patent, no less.  A fellow pen collector and contributor to the pen discussion on the various pen message boards, Deborah Alicen, was instrumental in finding this lost x-patent, and I owe her a debt of gratitude for sharing her discovery with me.  Her name will appear in the introduction in the next volume of my patent book, and the illustration itself will appear at the head of the chapter of US patents.  There are a few fountain pen patents that are earlier than this one, but there are no surviving patent images for those, either, so by default, this one is the earliest surviving US pen patent image, so far.  Seeing as there are no patent images online, yet, I can’t include a link to this patent, so for this one, sadly, you’ll have to wait for the book.  I can’t give everything away.


P.S.  This series of posts illustrates the kinds of things that can be found in the pen patents, and the type of research that is made possible, if one has a chronological list of all the US pen and pencil and ink and inkwell, &c., patents, designs, and trademarks to work with.  But before I go, here’s a parting challenge.  There are about 11,325 patents, designs, and trademarks from the years 1799 to 1957, and I have looked at all of them, except for the few that are not online.  So who will be next in line to look at all of them?  Mind you, you’ll have to look at and read every single one of them in order to find all the interesting ones, and to discover all the structures, patterns, and connections between them, and to make your own interpretations, and come to your own conclusions.