, the fountain pen war of 1897, and an already distant family is torn even further apart. 
[This post is not about the difference between the earlier and later versions of the name of the
L. E. Waterman Co.  I like to differentiate between the earlier Waterman’s and later Waterman companies by spelling their names differently.  The later company was owned by the French BIC company, and they removed the apostrophe from the the name ‘Waterman’s Ideal Fountain Pen’.] 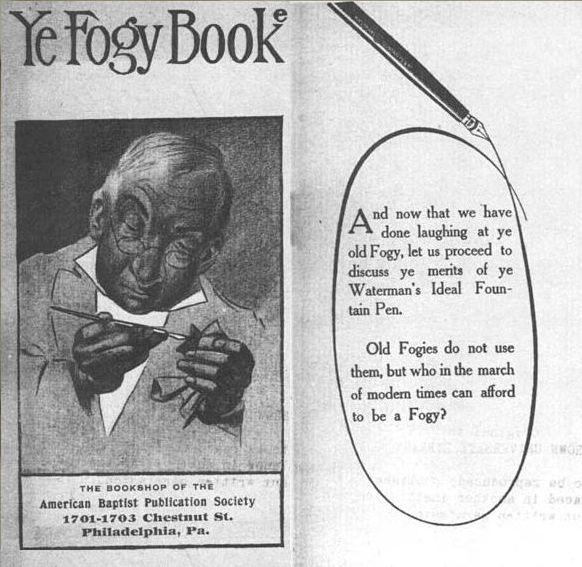 An L. E. Waterman’s advertizing brochure, ca.1906, pp. 1 and 9.  And now that we have done laughing at the old fogey, L. E. Waterman, let us proceed to discuss the merits of the A. A. Waterman fountain pen.